Encouraging openness in health care: Policy and practice implications of a mixed-methods study in the English National Health Service

Openness is vital in ensuring everyone involved in healthcare delivery feels able to voice concerns about problems of quality and safety. However, delivering a culture of openness has often proved challenging.

The failings at Stafford Hospital in the 2000s led to extensive policy interventions to promote openness, transparency and candour in the NHS. But subsequent scandals show that there are still deficits in openness.

We carried out a large mixed-methods evaluation programme to examine organisational responses to national policies aimed at increasing openness.

We evaluated the implementation of policies introduced following government-commissioned reports on poor quality of care and failings of openness in the English NHS.

The case studies looked to find out whether provider organisations’ efforts to increase openness resulted in real changes in staff values, attitudes and actions at the sharp end of care, and in patients’ opportunities and experiences around openness – and what features contribute to success. In these case studies, we focused on three policies: the Duty of Candour, the introduction of Freedom to Speak up Guardians, and changes to processes for investigating serious incidents.

Our findings indicate a mixed picture of progress towards improving openness in the NHS. There is little to suggest that the significant shifts in culture around openness sought by policy-makers have been consistently achieved.

We also identified four challenges that hamper progress towards openness:

Variation in policy implementation offers important lessons on how organisations can better deliver openness, transparency and candour. Our study demonstrates the importance of going beyond simple implementation of national policy and reveals the difference that nuanced approaches to policy translation can make. 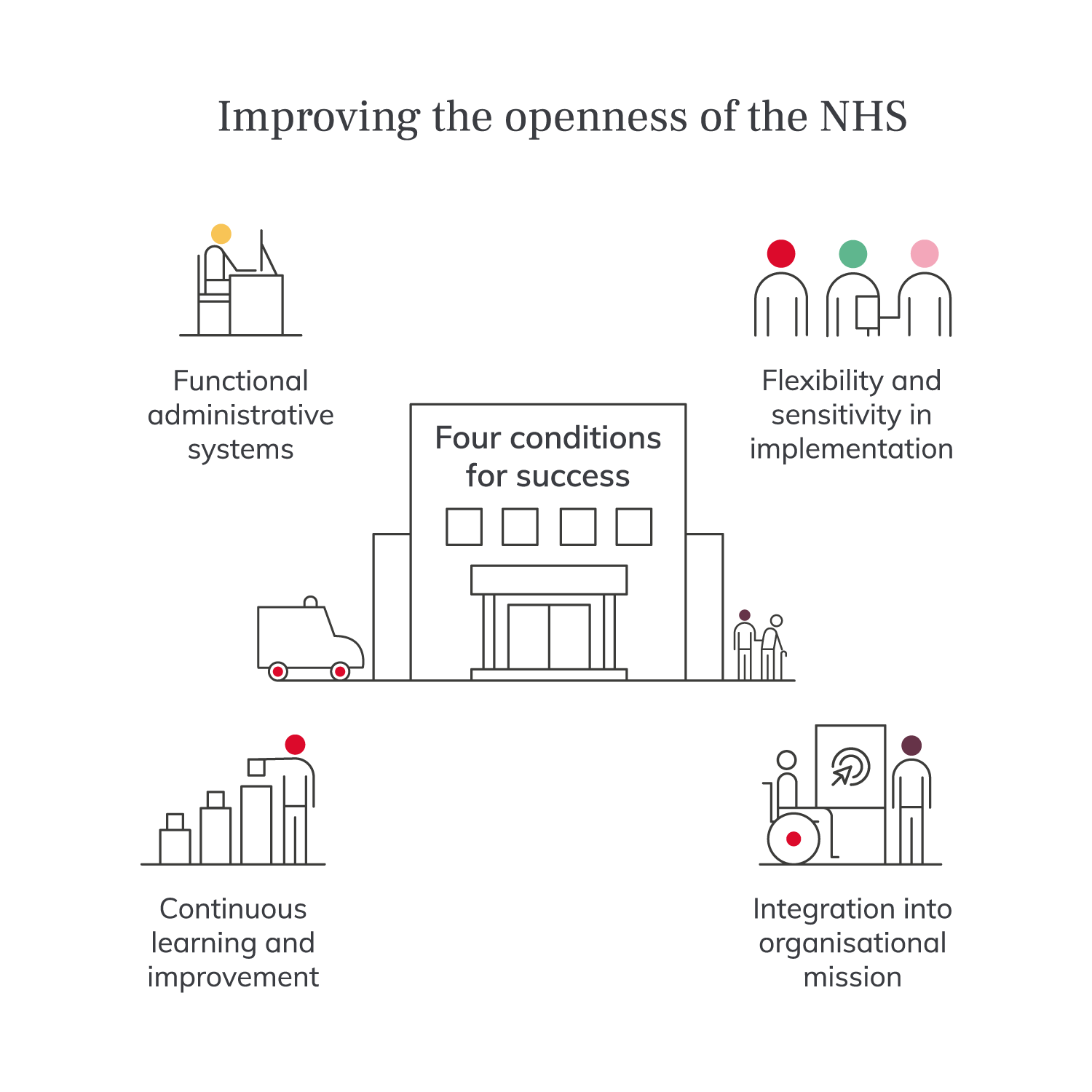 Have government policies made a difference to NHS openness?

Listen to our Doctor Informed podcast on blame

How well is the NHS in England doing at improving openness about quality of care?

But ultimately we want our work to have impact. So if you’ve got a use in mind but you’re not sure it’s allowed, just ask us at enquiries@thisinstitute.cam.ac.uk