Tara Lamont
Dr Graham Pullin, Professor of Design and Disability at the University of Dundee

What kind of prosthetic hand would you choose? One that looks like a human hand or one that obviously is not? What kind of materials, colours and design influences appeal to you?  How would you make it your own? I spoke to Graham Pullin about his fascinating THIS fellowship project, starts with apparently simple questions – but offers new ways of thinking about bodies and technology, choice and identity.

A professor of design and disability at the University of Dundee, Graham’s work leading up to the fellowship was distinguished by the quality of its public engagement and its imaginative character. It included an exhibition that attracted an estimated 140,000 visitors and engaged more than 7,000 public participants in choosing their own prosthetic hands and thinking about their choices. His fellowship project built on this work, bringing together experts from different disciplines and backgrounds, including artists and bioethics scholars with limb difference, occupational therapists and prosthetists, and academics in fields of disability studies and psychology. 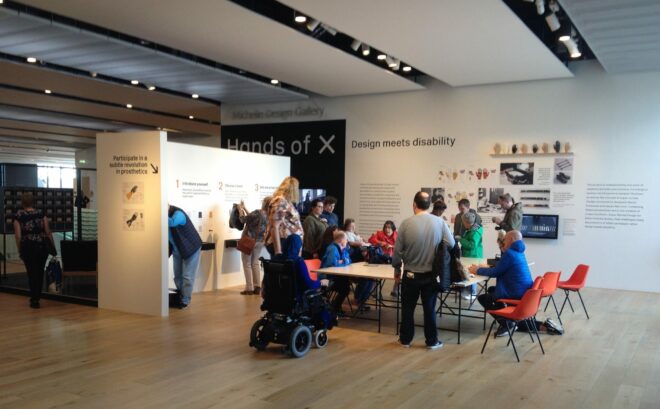 Mapping the touchpoints and linking people across these fields was a considerable, and fascinating, achievement in its own right. During his fellowship, Graham enabled dialogues between people with expertise in different disciplines, such as rehabilitation sciences and disability studies, that have not always come together before. With filmmaker Jared Schiller, Graham has developed films featuring these dialogues, and has also produced a report. 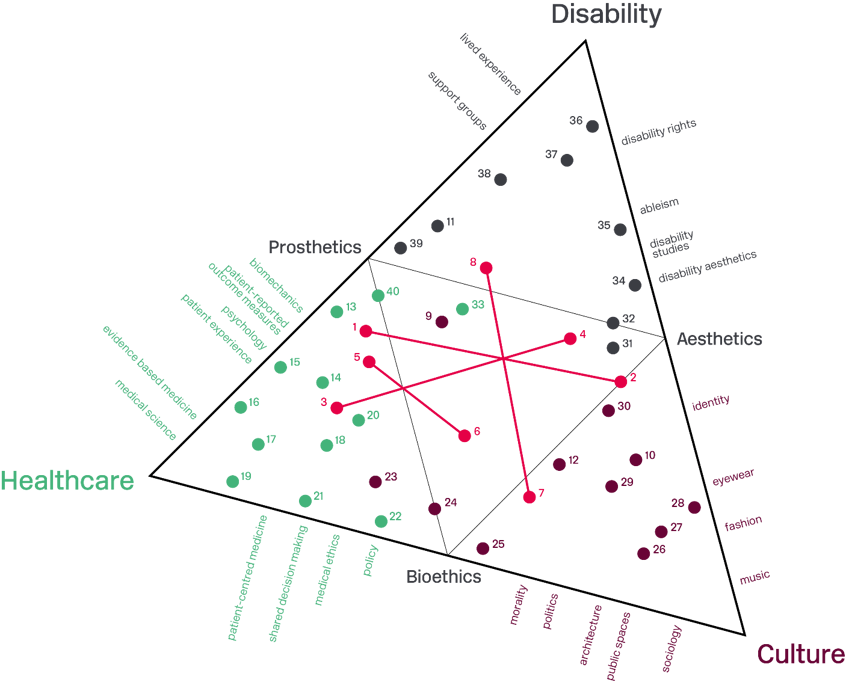 The six conversations (four in the films and two more in the report) each generate rich insights about what matters to people when choosing prostheses. Limb fitting centres have traditionally focused on function, but these dialogues show the importance of questions of aesthetics, identity and personal preferences as well. For instance, one person was told that her choice of artificial leg without a cover was very masculine. Other debates touched on trends for people to want prostheses which were more (rather than less) visible or indeed use none at all, as a badge of pride, marking changes in disability awareness and identity.

Some striking points made in the conversations referred to notions of adherence and non-use, including the observation that children may opt not to wear heavy limbs that made it hard to get around or play. Other people talked about preferences and needs changing over time. At a more philosophical level, conversation partners debated who 'owned’ a prosthetic limb – the wearer or the service?

Graham’s work also offered intriguing analysis of changes in the training and professional identity of prosthetists over time. Historically, prosthetists were seen as skilled craftsmen in workshop settings. As prosthetics education moved into universities, the requirements became broader in line with other allied health professions such as occupational therapy, and gender balance changed over time. With media attention now on high-technology solutions, the use of 3-D printers and robotics, the perception of the profession might change again to pivot more towards engineering than healthcare.

Space here permits only the briefest mention of some of the highlights of Graham’s fellowship project. The report and films are a treasure trove of insights, considered conversation and debate, and new ideas.  As you would expect, these outputs are beautifully produced and a pleasure to read and view.

Other legacies are linked to this project. Among the most significant is new interdisciplinary centre based at the University of Dundee, Studio Ordinary, which Graham and colleagues set up during the course of the fellowship.  A unique centre, it brings together disabled and non-disabled researchers to advance thinking and practice on design to better reflect and sometimes to enrich the everyday experiences of people living with a disability.

The fellowship project has yielded many other assets. They include visual prompt tools Graham has developed to help us think about how decisions can be made in the round. His academic paper based on this work proposes a potential role for similar visual tools alongside more traditional text-based questionnaires to support shared decision-making in clinical practice. The mapping of experience and disciplines relevant to disability and design has also led Graham to propose a new forum for healthcare aesthetics.

Too often, questions of appearance and identity are overlooked in health services and care, falling between medical science and medical ethics. Graham’s fellowship project reminds us of the importance of design in healthcare improvement, with design rooted deeply in the priorities and preferences of people themselves. Better experience and quality of care will always start with what matters most to individuals.