It is not enough to say you are committed to employee voice. Employees in healthcare organisations need to feel comfortable speaking up when they witness conduct that could be harmful to themselves, their colleague or their patients. Yet they are often silent about transgressive behaviours. And when they do speak up, their voice isn’t always heard.

Even where reporting mechanisms are in place, employees can still be reluctant to report disruptive behaviour because they fear the consequences or don’t think their organisation will respond appropriately. In the case of one American academic medical centre, that reluctance meant transgressive behaviours by “untouchables” went on unchallenged and contributed to a culture of fear. The organisation had multiple mechanisms to report incidents, but not everyone in the organisation knew how to raise concerns, and some systems were slow and complicated to use.

To address the problem, the organisation launched an initiative to improve how it responded to reports of disruptive behaviour.

This case study focuses on a large academic medical centre looking to deal with transgressive behaviours and improve employee voice.

To begin, an independent team of social scientists conducted confidential interviews with frontline staff and senior leaders at the organisation to determine why employees were reluctant to speak up. The results of these interviews were analysed and shared with the organisation’s leadership team.

In response, the organisation took action to share the findings publicly, formalise how it dealt with transgressive behaviour, and train staff on how to encourage voice and have difficult conversations. These interventions unfolded over a two-year period, and though not formally evaluated, appeared to have positive effects. 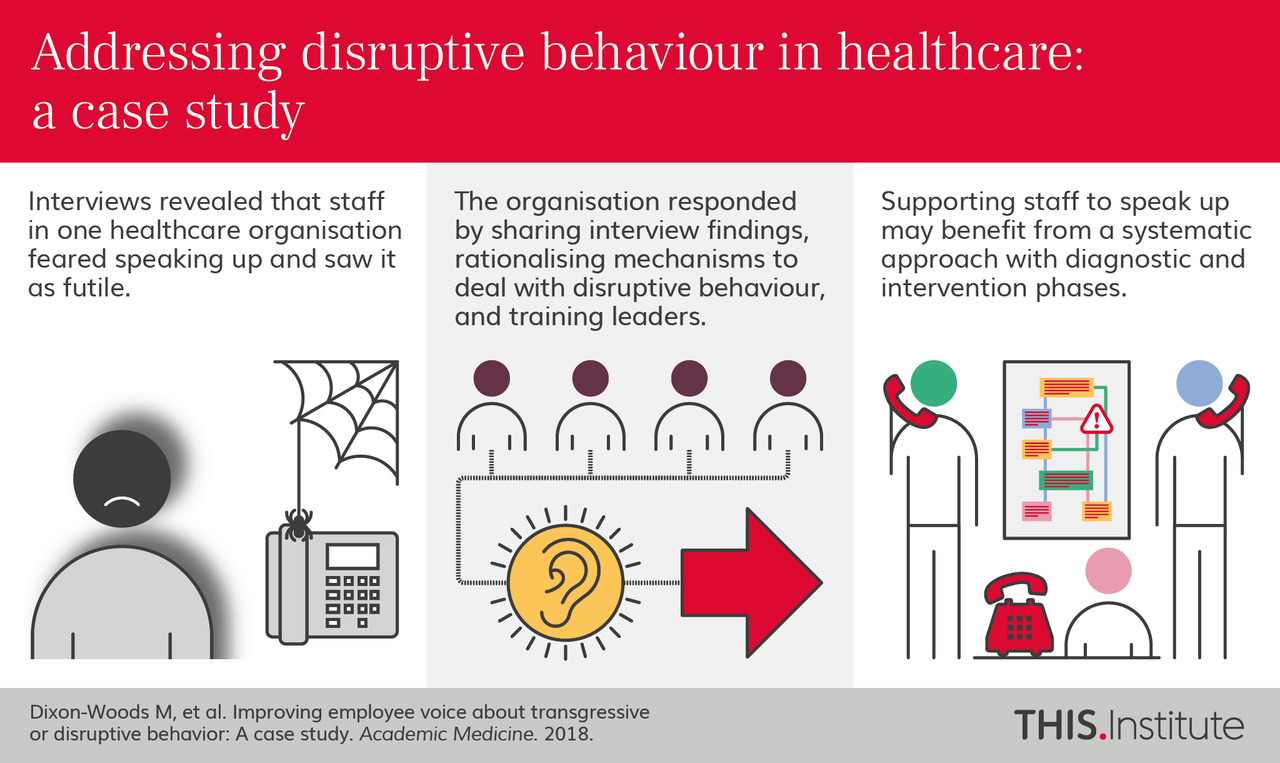 But ultimately we want our work to have impact. So if you’ve got a use in mind but you’re not sure it’s allowed, just ask us at enquiries@thisinstititute.cam.ac.uk